We are officially open for the winter season! Our hours are 4PM-8PM everyday Dec 15th through April 15th. Make sure to pick up your gear the evening before your activity. Let it snow! Dismiss

Carrying bear spray while hiking in the forests and the National Parks is highly recommended. Bears are found on even the most popular trails. You are not allowed to carry bear spray on an airplane, so renting is the economical and environmental choice.

Our multiple pickup and drop-off locations in the region offer you maximum convenience. We also offer bear spray for purchase if your travels take you away from Jackson Hole.

Bear spray is highly concentrated pepper spray and should only be used in the event of a potential bear attack. It is a weapon and has been shown to be 92% effective in deterring bear attacks.

But what if I need to use it?
A canister that is sprayed or damaged for any reason will be charged $50, any rental fees will be credited towards the total.

We are proud to offer multiple locations for pick up and drop off throughout the Greater Yellowstone Ecosystem.

Convenient after-hours drop boxes at all of our locations enables you to return the bear spray at any time 24/7 on your own schedule.

How To Use Bear Spray

When carrying bear spray, it’s important to remember that it is a weapon. It is not meant to be used on well-behaving bears just doing “bear stuff.”

There are a few of situations where deploying bear spray would be appropriate. The most obvious is a charging  bear. Another may be if a bear in the area you are hiking begins acting in a predatory or threatening manner. A third would be a bear that has invaded your campsite looking for food and other goodies during a camping trip.

You could encounter two types of bears when traveling in the Greater Yellowstone Ecosystem. It is home to both black bears & grizzly (brown) bears, although it can be difficult to tell them apart based on coloring alone.

Black bears are distinguishable by their tall, oval-shaped ears, longer snout, and their shorter claws. (But let’s hope you don’t get close enough to measure those!) Black bears also lack the signature shoulder hump grizzly bears have.

In addition to their significant shoulder hump, grizzly bears are also recognizable for their large, round, often dish-shaped faces with shorter snouts and short, round ears. The shoulder hump on their back as well as their longer claws come from their propensity to dig for roots & tubers in the springtime for food. 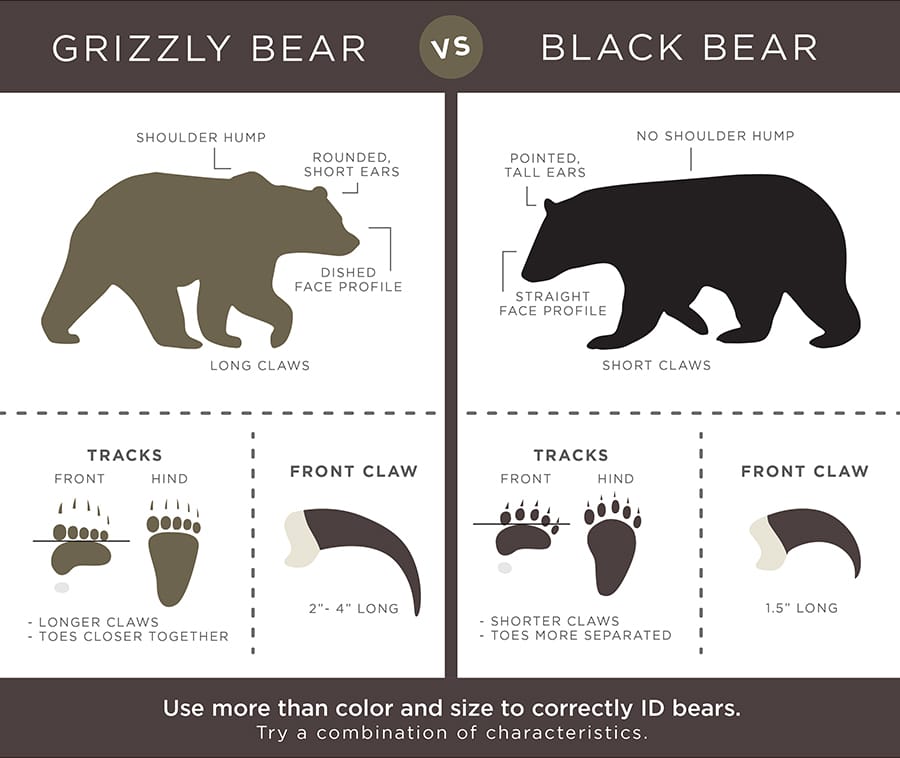 How effective is it?

Does it hurt the bear?

It does not hurt the bear in the long term, but it makes them very uncomfortable.

Why do bears attack people?

I just need to be the fastest runner in the group, right?

It’s genuinely suggested that you not run from a bear. This makes you look like prey, and possibly tasty. Instead, you should stand your ground, but don’t make eye contact, & put your arms out wide to make yourself look bigger to the bear. If the bear encounter continues to escalate, it could be appropriate to deploy your bear spray.

Thousands of usable bear sprays are thrown into landfills every year just in this area alone. Unknowing passengers attempt to bring it on the airplane on a daily basis. Another portion of the 3 million summer visitors will purchase bear spray and likely never use it again. Rather than let it expire, we will take your bear spray and find more use for it.

We accept all bear sprays in hopes of diverting them from the waste stream. Those in usable condition are redistributed for use through rental and donation channels.

Looking for more information? We have a website dedicated to Bear Spray and Grizzly Bears. 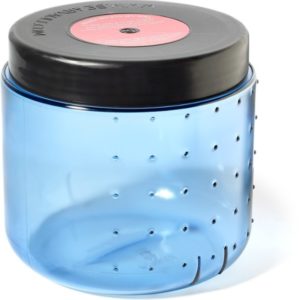